Law & Order star Dennis Farina died on Monday at the age of 69 from a pulmonary embolism. Check the story out by clicking the link below. 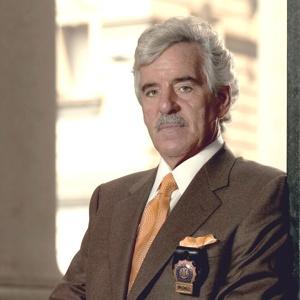 The past few weeks I’ve been combing through the literature that exists about DVT, PE, awareness, education, social media, public health, etc. I’ve read numerous journal articles and have a substantial amount of my literature review completed.

I wanted to share with you all some interesting things that I’ve found so far:

1. In 25% of people who develop a pulmonary embolism the first sign/symptom that they have a PE is sudden death. (CDC) No matter how many times I read this statistic it still blows my mind each time.

3. In 2008 the US Surgeon General published a “call to action to prevent DVT/PE.” It outlines the problem and calls for three major things to be done in the future related to DVT/PE. The first of which is to have the public know about and understand DVT/PE. (USDHHS) And that’s what we’re trying to do!

4. One study of 230 post-Cesarean women found that only 46% of them knew what DVT/PE was. Of those 46% less than 25% knew pregnancy and C-section were risk factors for blood clots. (Alzoubi, Khassawneh, Obeidat, Asfoor, & Al-azzam, 2013) This demonstrates the absolute loophole in the system. How is it that every single woman in this study had just had a C-section, every single one of them was at risk for blood clots, and not even half of them knew this?!

There’s just a glimpse of some of the information I’ve found. Here’s just a few other updates too. Our Twitter account is just getting up and running so I’ll be sure to post more about that here soon! Also a new website it in the works as well and will hopefully be up by the end of the summer! Keep following along. 🙂